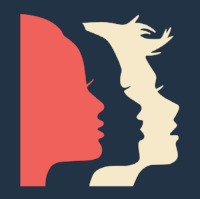 Additional details regarding the Women’s March in Medford:

DRIVING / PARKING UPDATE: road closures will happen by 10:00 a.m. effectively blocking entrance to the parking garage on 6th St. which borders The Commons. If you plan on using the Middleford Structure for parking, arrive well before 10:00 a.m.  We strongly encourage people to carpool.  For those wishing to do so from Ashland, please meet at the mailboxes by Shop n’ Kart, 2268 Ashland Street at 8:45 a.m.

ORD2 Indivisible will meet at the playground at Hawthorne Park at 10:30 to then march together.

HOLD THE LINE FOR A BIPARTISAN DREAMERS ACT

The Government will shut down unless a spending bill is passed today (Friday). If that happens, exactly one year after Trump’s inauguration, Republicans will have only themselves to blame. Trump’s racism and Republicans’ endless squabbling are bringing the country to a standstill while they reject bipartisan solutions.

Republicans control the White House, Senate and the House. On their watch:

• Republicans let bipartisan-supported CHIP funding expire months ago, threatening the well-being of millions of children.
• Trump ended DACA, which protected 800,000 Dreamers, and said “I’ll sign whatever bill they send me,” but days later, he angrily rejected the bipartisan Graham-Durbin bill, using foul, racist language.
• Republicans now refuse to allow bipartisan CHIP funding to be voted on unless it is linked to a spending bill without a Dream Act.
• Trump’s erratic behavior and racist language have left legislators confused and concerned.
https://www.washingtonpost.com/politics/inside-the-tense-profane-white-house-meeting-on-immigration/2018/01/15/13e79fa4-fa1e-11e7-8f66-2df0b94bb98a_story.html?tid=ss_tw&utm_term=.2cacd2ac0dda

Republicans and Democrats have a choice: honor the bipartisan agreement to protect Dreamers or stand with Trump and his racism. The House has passed a spending bill without a Dream Act. It is now more important than ever to show support for our Senators.

Senators Wyden and Merkley are standing

We must stand with them!

**ACTION 1: CALL OUR SENATORS**
(Leave a message if you can’t get through.)

SAMPLE SCRIPT for Senators Merkley and Wyden:
“My name is [–] and I’m a constituent from [city], Oregon [zip code]. I am outraged that Republicans are willing to shut down the Government rather than pass a bipartisan immigration bill that protects Dreamers, such as S. 1615. I honor your willingness to vote against spending legislation that does not include protection for Dreamers. Please continue to hold the line until a just Dream Act is passed, and CHIP and community health centers are fully funded. Thank you.”

Share this post with friends and family. Help them leave messages for their Senators to oppose the Republican spending bill unless it protects Dreamers, funds CHIP and community health centers.

https://www.politico.com/story/2018/01/18/trump-tv-habits-government-shutdown-2018-346494
Lindsey Graham spent a year courting Trump but on immigration he’s being shut out.
https://www.newyorker.com/news/news-desk/lindsey-graham-spent-a-year-courting-trump-but-on-immigration-hes-being-shut-out

CALL TO ACTION #855: Trump and GOP Flaunt Their Ability to Undermine Our Elections (February 11, 2020)